I Am A Mormon

I've never written my beliefs down on this blog. Not because I wasn't sure, or was ashamed or avoiding, but because I'm usually silly or sarcastic on this blog and there is nothing silly or sarcastic about my testimony. However, I attended an institute class the other night led by a director of the More Good Foundation. He talked a lot about the LDS presence on the web and the importance of having positive LDS websites and discussions to counteract the anti-Mormon stuff out there. They're making huge strides in youtube, facebook and lots of other sites, but he encouraged everyone to play some role. It inspired me to do my part, however small. So.

I am a member of The Church of Jesus Christ of Latter Day Saints. I know that I am a child of God, my Heavenly Father. He knows me personally. He knows who I am, what I want to become, what I feel and He wants the best for me. I know I can talk to Him through prayer and that He will listen to me because He loves me and cares for me. I know His Son, Jesus Christ, is my Savior and my brother. He came to earth, He established His church, He performed miracles, He gave us the greatest example of all, and then He chose to suffer for my sins, for my pain and for that of all the world. Because He loves us. And He wants us to return to live with Him again. I know that His church exists on this earth today and is led by President Thomas S. Monson who receives direct revelation from our Heavenly Father to teach us and guide us through this life. I know Joseph Smith was the Prophet of the restoration and it's because of his faith and his work that we have the Church, the Book of Mormon and all the blessings that come with it. I know my family can be together forever; not just in this life but in the life to come and we can receive that blessing in the temple.

I know I am a Child of God. I am important to Him, and I have a role on this earth.

I Liked Them Before They Were Famous

I think I might be a trend setter. I have all these old movies that I've loved for years, and now the actors in them are big movie stars. Hollywood should just track the stuff I watch to know who's gonna be big in about 5 or 10 years.

Long before he was a creepy magician, Batman or a coke-addicted fighter, I love him as Jack Kelly/Francis Sullivan/Cowboy as he improved the truth to sell papers.

Then there was Patrick Dempsey. I don't really like him these days, but he starred in a little made-for-TV movie called "Lucky 7" several years ago. If you know me at all, you know I love made-for-TV movies and I loved him. Of course, he was in "Can't Buy Me Love" as well, but that didn't resurface till Grey's Anatomy started getting popular. 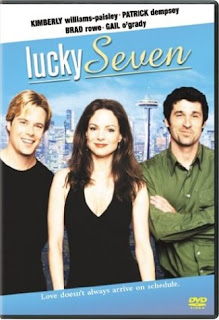 The rollerblade version of "Karate Kid" and "Rad" is "Airborne." Not only is it one of the best shows ever, but it stars two of my favorite people: Seth Green as "The Wiley Man" and Jack Black Augie. If you haven't seen this movie, you're missing out. Yes, I know Seth was in "Can't Buy Me Love" with Patrick. 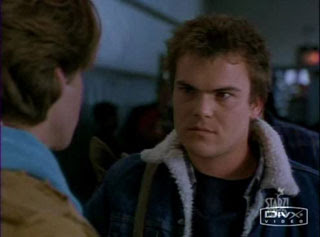 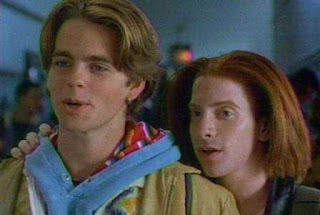 And finally, there's Hugh. Okay fine---I didn't really know him till X-Men but I really like him and it'd be a shame to have a post about movie stars without him on it. 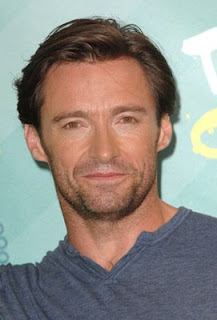 If you're wondering who'll be famous in about 5 years I'd put money on David Henrie and Jake T. Austin. At least, that's what I'm thinking after watching Wizards of Waverly Place for the past couple years.

*I almost forgot Aaron Eckhart! Sadly, I couldn't find a picture of the seminary movie he was in, "Godly Sorrow" but who could forget his classic line, "What about the pain?" And now he's starring opposite Christian Bale! This also means I've successfully connected all my actors!
Patrick Dempsey/Seth Green: "Can't Buy Me Love"
Seth Green/Jack Black: "Airborne"
Jack Black/Hugh Jackman: hasn't happened, but it should.
Hugh Jackman/Christian Bale: The Prestige
Christian Bale/Aaron Eckhart: The Dark Knight.

I purchased a car from you about 2.5 years ago. It's a nice car. Well done. However, just cuz I bought one, doesn't mean I want another one. Why do you keep sending me emails about your car sales? What makes you think I need more than one car? What makes you think I can afford more than one car? Do you really have people receiving these emails that actually come in to your store to buy another one? Who are these people? I'd like to meet them and see how they live.

Sincerely-
Starting to Get Annoyed Customer

I applaud you on ridding yourself of two of the three crazies in your dating pool. In doing so you proved you have at least 5 brain cells as opposed to the standard 2 of most contestants.

Signed,
Person Who Is Shamed to Admit She Watches the Show

What's the deal with not showing the new trainers' faces? It's getting old.

From-
Person Who is Comfortable Admitting She Watches the Show

Why do you put pretzels in your traditional mix. It throws off the whole balance and makes me upset. If I were you, I'd leave them out altogether.

I'm supposed to dress up like a Viking on Friday night. Anyone have a Viking costume laying around I could borrow? Oddly enough I can't find my helmet with the horns sticking out...

-New boots. I like them---but I feel like a poser. I mean, I've never worn boots like this, so what makes me think I can actually pull it off? I feel weird. But I still like them. 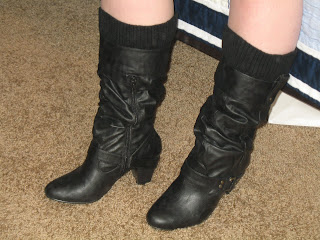 -New blog background! Okay, so that hasn't happened yet. But we're working on it. And when I say "we" I mean someone that's not me that won't blow up a computer if they try anything besides emailing and blogging.

-New couches. As awesome as it was having a wide open, basically empty living room, I thought I'd be kind enough to provide my guests with a place to sit when they come to visit now. 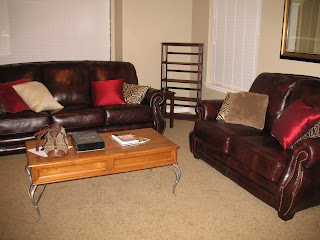 -New title. I'm a notary public. Or, I will be soon. I just have to actually take the test...

-New issue of The Barrel.

-New resolve to look not behind me. 2010 was a pretty good year and I have little to no complaints. It'd be easy to spend my time looking back on it and wishing I could relive certain things, but I'd rather not turn into a pillar of salt. So, I'm looking forward to 2011 with the belief that it'll be just as good as, or better than, 2010.