No-seriously. The second my move from AZ to UT became common knowledge, I had a ton of people that I didn't even realize knew me, let alone like me, wanting to hang out.

People took me out to eat, bought movie tickets for me, made me treats, bought me presents...I felt like a pseudo-celebrity. It's possible that I even had someone tell me they wished I wasn't moving cuz they had a crush on me.

Seriously, if you ever need a boost in self-esteem, just move.

Posted by Barbaloot at 9:46 PM 9 comments

I'm A Doctor-I Know These Things. 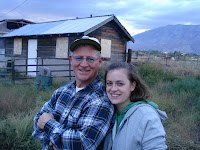 This here is my Father. I think he's pretty dang cool and here are some reasons why:
-He's a real cowboy. I'm talking wranglers, belt buckles, President of the FFA, cattle rancher, hay baler, pack hunter, horse rider...the whole 9 yards.
-He can't whistle--but everybody loves it when he tries.
-He's a heck of a lot tougher than the other Dads I know, be they younger or older. He still beats me in long-distance races.
-He's a great card player. Not quite as good as me....but he gives me a little competition occasionally.
-He bought me my first dress. I was born in the middle of the night....and apparently was supposed to be a boy as they had no girl clothes prepared for me. So, after he made sure my mom and I were okay at the hospital, he went and waited at the store until it opened so he could be the first to buy his little girl a dress.
-He's the most forgiving, charitable person I've ever known. He's kind to everyone and is never rude or hurtful.  Everyone that has come into contact with my dad, be it short or long term, has been exceptionally blessed by his kindness and his wonderful example of Christlike love.

I Almost Knocked On Wood---

---then I remembered that I'm not the least bit superstitious so that would have been silly. And it would hurt my knuckles.
But anyway, I just wanted to acknowledge the fact that it's been TWO years since my last car accident. Pretty much that's the longest amount of time I've ever gone without having to call the police, file an accident report, find a towing company....all that thrilling stuff. And also, it's never been my fault. Promise.
Basically, I got my license May of '00. Accident #1: March '01. Accident #2: December '02. Accident #3: November '04.  Accident #4: June '06.
Please everyone be happy for me. Thanks.

Posted by Barbaloot at 1:24 AM 4 comments

For awhile my job fit that description. Then I quit. Also, I got tagged by my friend, Marcie.
Name 1 of your Heroes: Susan Easton Black. The woman has managed to make a successful career out of my all-time favorite subject: LDS Church History. I'd kill to be able to travel around talking/writing/teaching about the early pioneers, Palmyra, Nauvoo... all that cool stuff.
Name 2 Things You've Learned/Accomplished This Year: Well, I don't know if it's an accomplishment...but I did move to AZ all by my lonesome, found a job, a place to live and even made some friends! Also, I drove to Vegas all by myself. Maybe next year I'll try to accomplish something that doesn't involve me being alone...
Name 3 things You Want To Accomplish Before You Die: 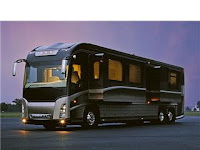 -I'd like to not publicly embarrass myself when I speak in church tomorrow.
-I think I wanna run a marathon...maybe.
-I wanna drive cross-country in big RV. 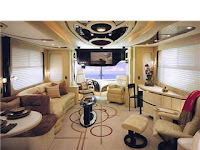 Name 4 Books That Have Influenced the Way You Think (scriptures are a given): To Kill A Mockingbird (I want to be Mrs. Dubose), Work and the Glory Series (cuz 'member how I love Church History?), Hyrum Smith: Man of Intergrity (another one of my heroes), and Ella Enchanted (the cutest book ever!).
The Next 5 Things You Plan on Accomplishing in the Next 5 Years:
-Move back to Utah
-Learn to drive a stick-shift
-Learn how to make cool, online photo albums
-Buy a car
-Learn to walk in high-heels without looking silly
I tag Buffy and Lisa.

Posted by Barbaloot at 6:19 PM 8 comments

We're Off To Never Never Land

Last weekend I packed myself into my figurative DeLorean, ensured the flux capacitor was operating correctly and effectively transported myself back to Jr. High. What I mean by this, is that my roomate, myself, and one other girl (all of us clearly over the age of 14) had a sleep-over in the living room. And we stayed up late playing "Truth or Dare."

This was a good thing cuz I often panic when I think about growing-up. Then I do things like this and realize I'll probly always be a kid.

Apologies to my cousins that are in this picture but it's the only one I have current access to that is from my Jr. High era. I absolutely loathe and despise this picture. More so than I do svengalis and harridans. But for some masochistic reason I can't keep myself from posting it on this blog. I know this is a bad idea. Here are some other bad ideas:

-Teenaged girls wearing matching shirts that are 4 sizes too big, but who think that by tucking them in and then rolling up the sleeves they will look stylish. Tip to past self: it is NOT stylish.